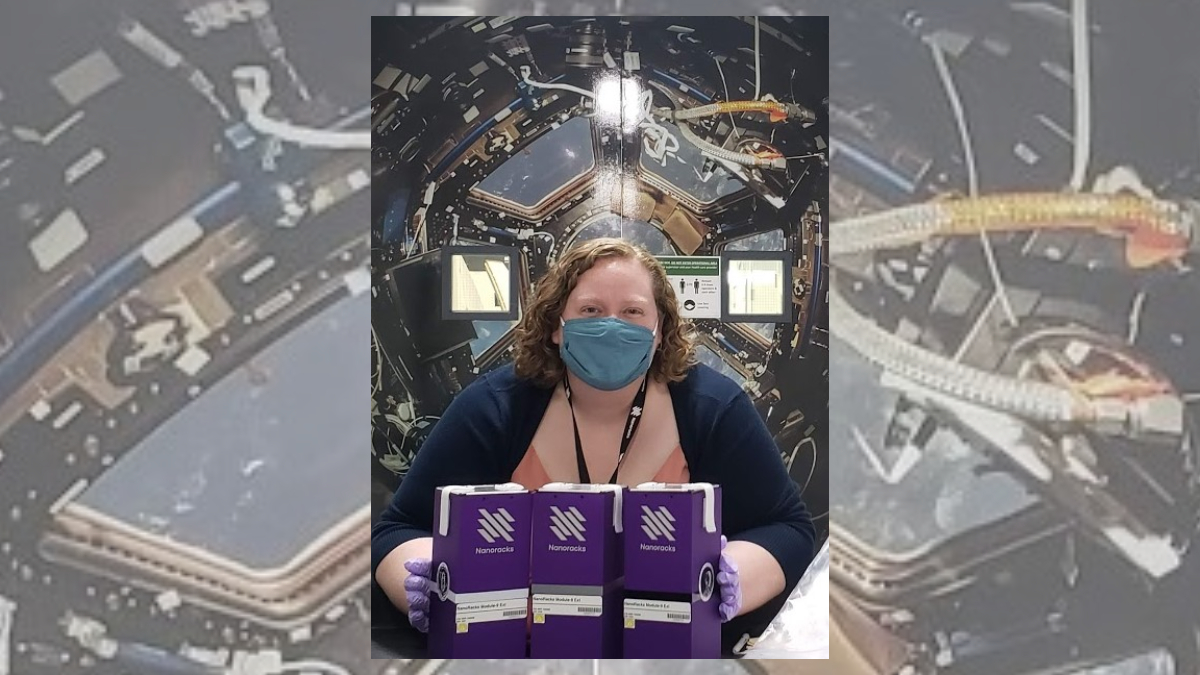 Nanoracks, in the simplest terms, is space’s FedEx. They do everything from satellite launches to sending students’ experiments to the International Space Station. Founded in 2009, they have sent over a thousand research projects into space. Their main goal is to own and operate commercial space stations called outposts. Thanks to Nanoracks, this year’s DreamUp to Space teams and future teams will be able to help further space research.

We were able to meet with Julia Wolfenbarger, a Nanoracks mission manager, who, in her words, is “a translator between worlds.” Wolfenbarger specializes in internal payloads and makes sure we have all the information we need to design our experiment and that our experiment is safe for the astronauts living on the International Space Station.

As middle schoolers ourselves, we asked Wolfenbarger what middle school was like for her. She said she was “the student that the teachers didn’t like that much.” However, she is grateful her school emphasized STEM because, without it, she may not have landed her dream job. Her school had one of the best Science Olympiad teams in the United States, of which she was a part, and she traveled across the country with the team. She later married her 8th grade crush.

Wolfenbarger has a degree in mechanical engineering. Before she came to work for Nanoracks, she helped a company make mobile homes. Recently, she celebrated the third “Nanoversary” of working for Nanoracks. She told us she loves her job and said, “It’s a dream come true.” Her favorite part of her job is being able to work with students at all levels, from elementary schoolers to PhD students. Wolfenbarger applied for many dream jobs before Nanoracks called her. Shortly after, she was hired!

Today, thanks to Nanoracks and with Wolfenbarger’s help, more people than ever are able to participate in a rapidly expanding space industry.