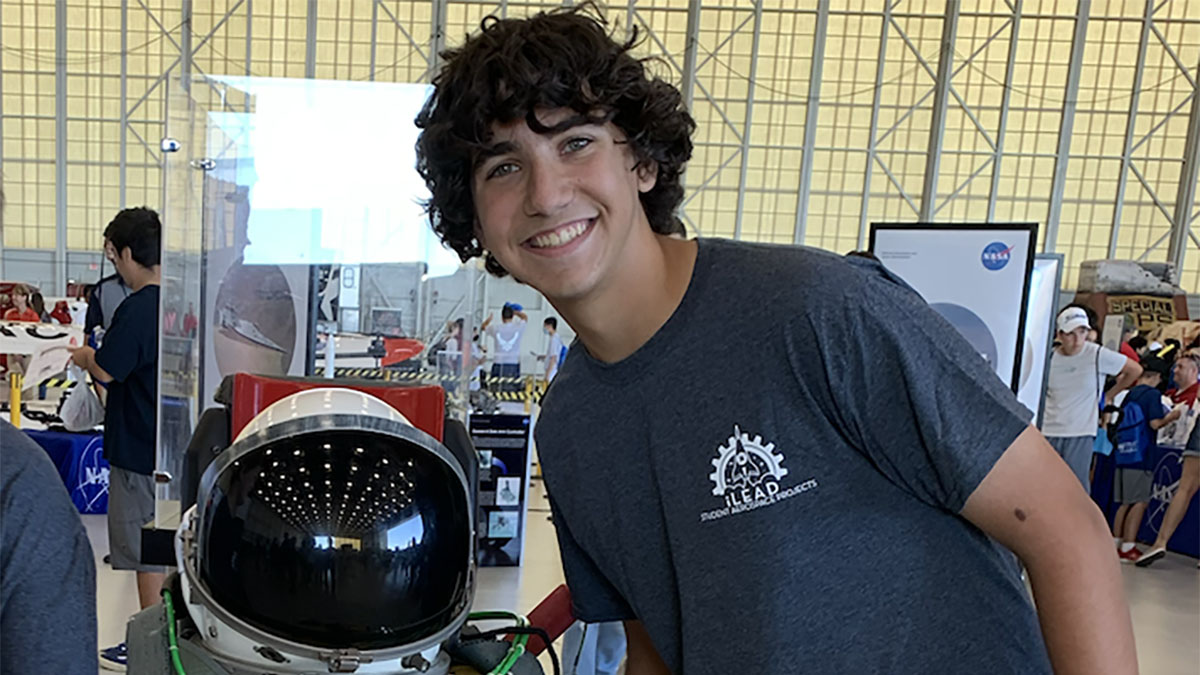 Carter Sand is a 11th grade learner at iLead Exploration. He is 16 years old and a co-Principle Investigator for team Yucca glauca. Some of his hobbies include playing board games and riding his bike. Soccer is a huge part of Carter’s life. He played for SCVI’s varsity team and has played soccer since he was 5. He is also a soccer referee! He also loves traveling. One of his favorite places to visit Disneyland!

Who do you look up to and why?
“I look up to Leland Melvin. After playing in the NFL and getting injured, he persevered through his recovery and later became an astronaut. I look up to the people who go through so many hardships yet still accomplish great things.”

Why did you choose to be a part of this launch team?
“I wanted to be part of leading a group of learners because I wanted to make a difference. I wanted to inspire others that they can do anything they work hard for.”