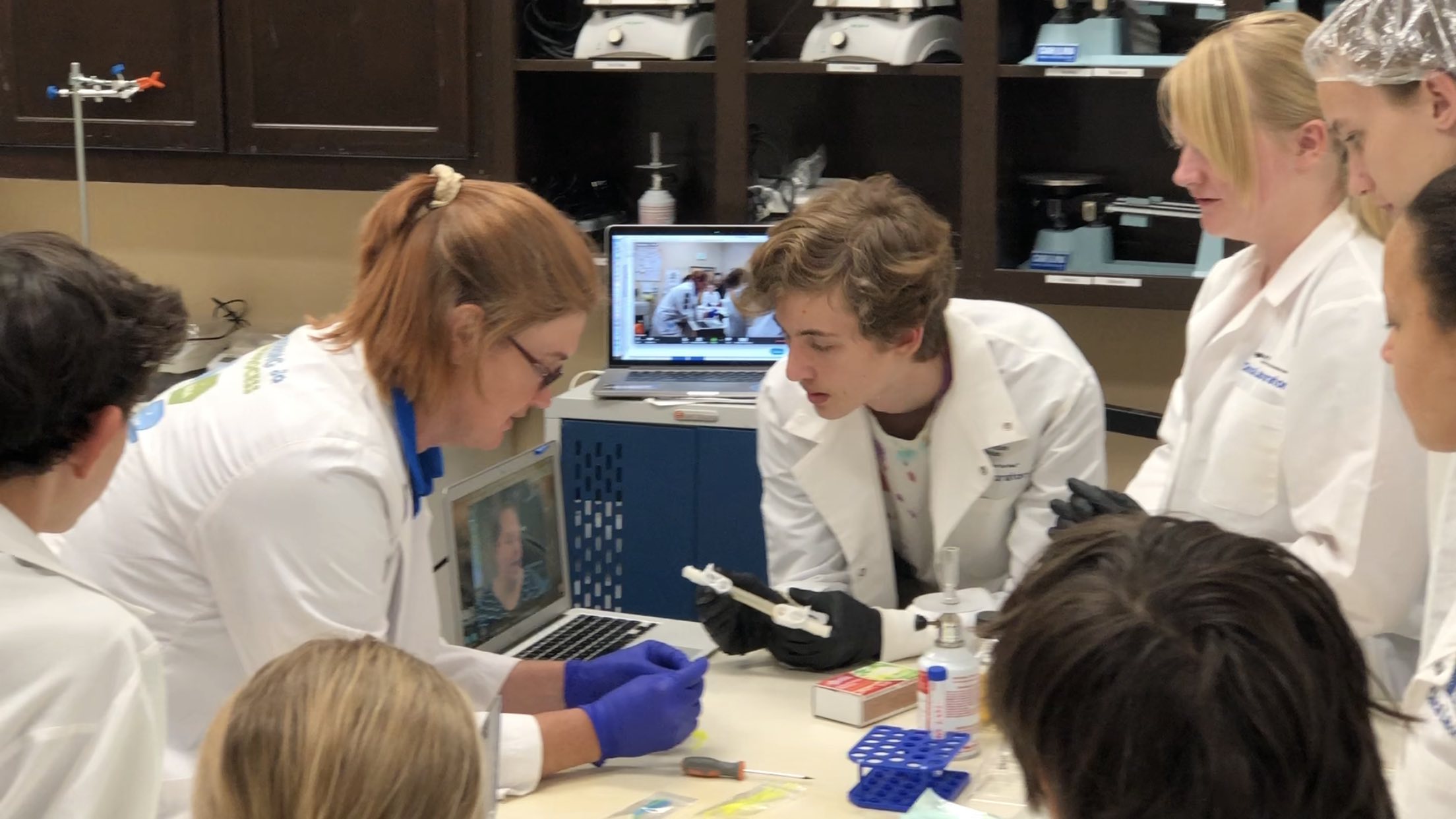 Luke Rigdon is involved in just about everything as a 9th-grade learner at Santa Clarita Valley international (SCVi) Charter School. He acted in the SCVi play “The Laramie Project”, which was so successful they did one encore performance to benefit the local PFLAG community. He’s also a member of the SCVi Interact Club working on a peace garden, part of the Backpacks Full of Hope team helping to rebuild Puerto Rico in the aftermath of Hurricane Maria, the 9th grade class representative on the SCVi Advisory Council and plans to play on SCVi’s baseball team in the spring. Although Luke has many interests, he is most passionate about Aerospace Engineering and Research.

It was really exciting for him to be on the DreamUp team and in the SCVi lab preparing the DreamUp team MixStix experiment for the International Space Station (ISS): “Viewing it on the monitor, close up of my gloved hands and lab coat looked like something out of a sci-fi movie. It felt a little surreal, as if I was watching someone else on the screen, since you couldn’t see my face. After I completed the load with my team I had to practically rip off my lab coat and gloves to get to the theatre and change into my costume; our play’s final dress rehearsal was beginning.”

Before the 2018 DreamUp Team experience in the lab and traveling to Florida with his biology facilitator and teammates to present and watch the launch of the experiment to the ISS, Luke’s most memorable science experience was piloting a glider in 8th grade. In order to learn about flight, his class did a unit on gliders. They made large glider models to understand the principles of lift, weight, thrust and drag. The project culminated in students each training and piloting an actual glider. The project allowed him to get his first hour of flight training under his belt. He hopes to continue on the path of learning to pilot.

In 7th grade at SCVi, Luke went with a small group on a tour of NASA’s Neil A. Armstrong Flight Research Center in Edwards, California. The tour was led by “the most amazing man” Al Bowers, Chief Scientist at NASA Armstrong. Luke would love to be a part of his team one day.