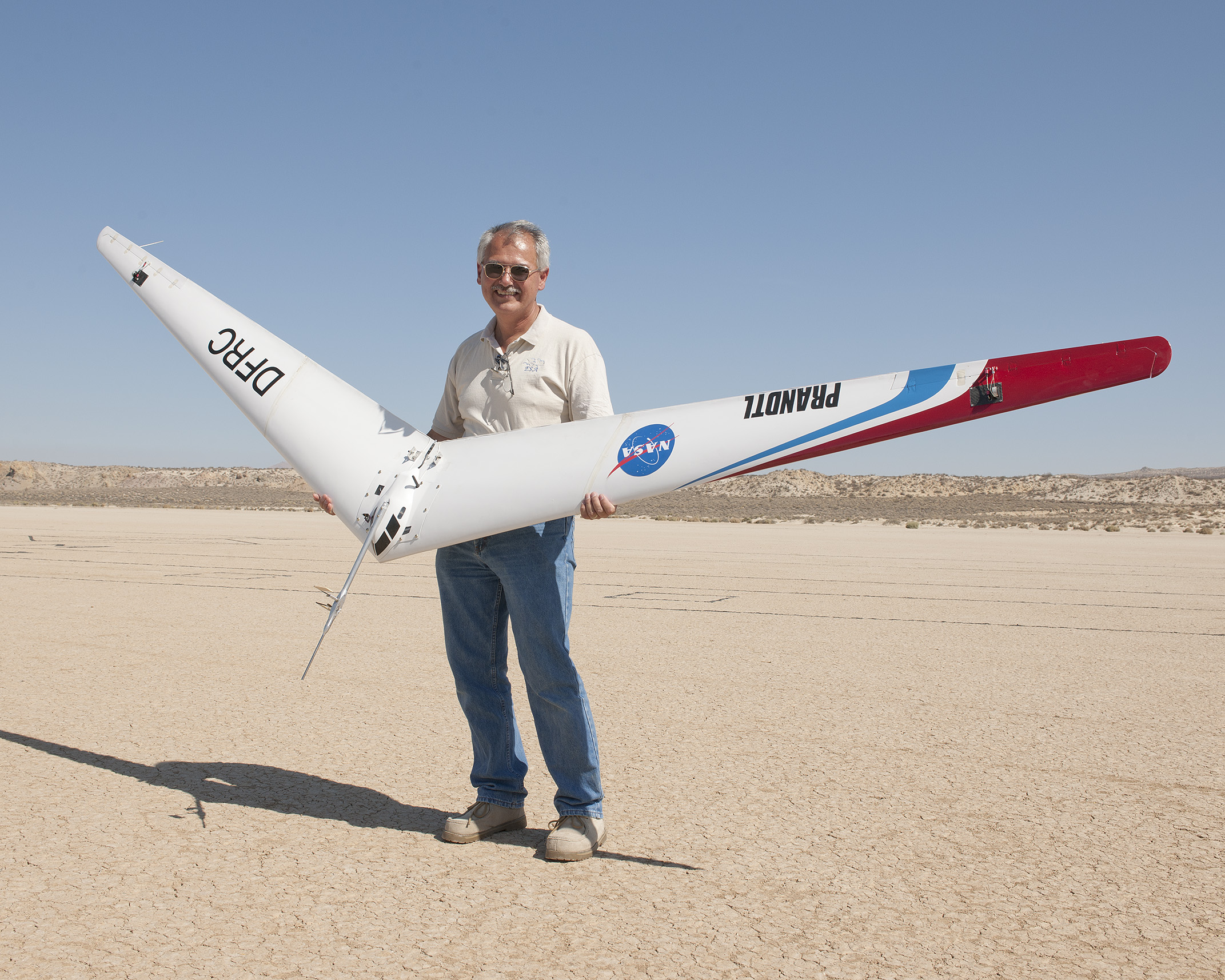 NASA’s Al Bowers on Being “That Guy”

It was spring 2017 when Al Bowers, Chief Scientist, NASA Armstrong, said, as he described understanding something that nobody else in history has understood: “I’m that guy.”

His experience of being “that guy” includes the unfolding realization that what thousands of people have believed about how flight works, specifically that planes must have rudders or tails, is actually not so.

You could play around with this thought by yourself, look at the body of evidence, past and present, cross that with the wisdom and practical activity of birds. All of this you could do in the safety of your own home or at your office desk or in quiet discussion with friends at lunch. People do this all the time: talk, muse, argue and banter about both small and large concepts. Armchair coaching. Then there comes a time and place where this idea has to take form, be tested. It bursts out and you either shut the heck up or do something. Some people continue to quietly test their idea themselves, or float it on Twitter or (if they’re over 30) on Facebook. If you have access to a team and they have some respect for you, the team is enrolled in the risky, possibly crazy idea, and then it’s game on. The idea takes form in a model that dares to say “All you folks have something to reconsider.”

The thrilling, exhilarating, terrifying data collection emerges and piles on top of itself, layer upon glorious layer of data points and this new/old truth gains focus, clarity, density. It moves from what-if to is-so and next, if you are “that guy” you are faced with a new dilemma: Now I must stand tall, confident, clearing my throat and pointing to say, “THIS!”

The predicament is the knowledge that in this very action, a whole community of people, who are crystal clear about what they believe, will either roll their eyes dismissively, listen, nod and then laugh raucously when you leave the room or shrug you off, winking for the lunatic you obviously are.

While these are extreme caricatures, there are hundreds of other postures in varying degrees of disbelief. So being that-guy-with-data and using a voice means being willing to lay it all on the line.

This is why most of us don’t actually want to be “that guy.” It’s a gritty, risky, soul-and-mind-in business. It comes with some glorious highs, belly laughter that wells up and spills over. It also comes with dark and sleepless night of loneliness and questioning: “Who do I think I really am anyway?” It presents with ego-screaming pendulous demands, swinging back and forth, pride and humility, confidence and quaking, standing tall and slumped shoulders.

Nobody sane sets out to be “that guy.” It’s a role you emerge into, gaining clarity and focus as you realize your small but vital part in a larger scheme. A part you are called to, strengthened into. And being “that guy” also empowers and inspires others to be authentically themselves, iron sharpening iron. So embracing your “that guy-ness” invites and beckons others to recognize their own unique talents and gifts and says, “You be you bravely, too.”

For more information on the Prandtl Wing, please visit this NASA site.

Al Bowers was the iLEAD Lancaster/AV Vision in Education honoree in 2018.